Rebel commander, Roman captive and Flavian protégé, Josephus, long reviled as a traitor and Roman toady, is portrayed by Feuchtwanger with clear-eyed empathy as a complex, brilliant man whose desire to become a "citizen of the world" ...

Joseph ben Matthias, Judæan aristocrat and Jerusalem Temple priest of the first rank, steps out into the boundless, magnificent city of Rome. He's clever, handsome, fêted by his Jewish hosts, and on a righteous mission to free three venerable old Jews wrongfully imprisoned as rebels. Joseph secures an audience with Nero's beautiful young Empress, Poppæa. Charmed by Joseph's zeal, she asks the Minister of Oriental Affairs to release the prisoners. The Minister seizes the opportunity to trade his assent for an edict guaranteed to outrage and mobilize the Jews of Judæa; Rome needs an excuse to comprehensively crush ongoing Jewish resistance. His scheme bears fruit. In the year 66 Judæa revolts. Led by canny old commander Vespasian, Roman forces prevail until only the fortified city of Jerusalem remains in the hands of Jewish rebels. Vespasian is acclaimed Emperor and returns to Rome, leaving the siege to his son Titus. Weeks drag by. Jerusalem, with its lofty, magnificent Temple, becomes to the besieging Romans a symbol of obdurate Jewish arrogance to be overthrown. Rebel commander, Roman captive and Flavian protégé, Josephus, long reviled as a traitor and Roman toady, is portrayed by Feuchtwanger with clear-eyed empathy as a complex, brilliant man whose desire to become a "citizen of the world" conflicts with his Jewish identity. It was Joseph's destiny, however, to become a fierce defender in Rome of the unique importance of Jewish contribution to humanity, and to become known as the first-century historian Flavius Josephus and the author of "The Jewish War." [adapted from a review by Annis, HistoricalNovels.info]

The War of the Jews 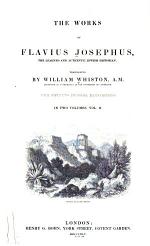 Works: Antiquities of the Jews, bks. 17-19. The wars of the Jews. Against Apion. Dissertations 1-3 [by William Whiston

Authors: Flavius Josephus
Categories: Jews
Books about Works: Antiquities of the Jews, bks. 17-19. The wars of the Jews. Against Apion. Dissertations 1-3 [by William Whiston 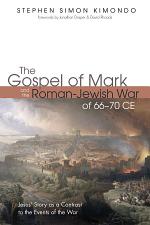 Authors: Stephen Simon Kimondo
Categories: Religion
This book interprets Mark's gospel in light of the Roman-Jewish War of 66-70 CE. Locating the authorship of Mark's gospel in rural Galilee or southern Syria after the fall of Jerusalem and the temple, and after Vespasian's enthronement as the new emperor, Kimondo argues that Mark's first hearers--people who lived 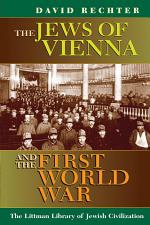 The Jews of Vienna and the First World War

Authors: David Rechter
Categories: History
The First World War marked the final chapter in the history of Habsburg Viennese Jewry. In this book, the first study of Viennese Jews in this period, David Rechter explores the community's crises of ideology and identity during the traumatic war years. The book is also a study of modern 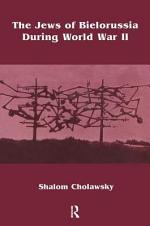 The Jews of Bielorussia During World War II

Authors: Shalom Cholawski
Categories: History
A history of the Jews in three northeastern regions of prewar Poland - Vilna, Nowogrodek, and Polesia (roughly corresponds to Western Belorussia) - from the annexation of these areas by the USSR in September 1939 until 1944. Describes extermination methods used by the Nazis in the "waves" of mass executions