This book describes basic principles of the Artificially-Intelligent Multiverse (AIM) theory. Its first goal is to describe genetic codes of 4D spiral spacetimes called toryx and helyx capable of serving as prime elements of the Multiverse. Our Universe belongs to the spacetime level L1 of the Multiverse with its four more spacetime levels L2 through L5 containing materials that are progressively much lighter, stronger, contain much more energy, and able to emit and absorb radiation propagating with velocities much faster than velocity of light. The second challenging goal of the AIM theory is to provide an answer to a longstanding question: What is the purpose of human beings on a cosmic scale? To discover that purpose, the theory combines the unique spacetime properties of toryx and helyx with a unique capability of human beings to invent and implement the artificially-intelligent control systems increasing significantly their biologically-based capabilities. Currently, the Multiverse is governed by rigid laws of motion and does not have any control system preventing its celestial bodies from collisions. As the Multiverse becomes overcrowded a probability of their mutual destructions increases. A unified purpose of human beings is to sustain the existence of entire Multiverse by making it Artificially-Intelligent. Notably, it took billions of years to create the planet Earth as an incubator equipped with atmosphere, water, soil and energy resources necessary for existence of upcoming human beings. Thanks to their exponentially-expanding capabilities, the human being are now capable to develop the first generation of artificial intelligence in the form of drones surviving in hostile environment of outer space located outside of their incubator. Their survival is now dependent on thousands of satellites orbiting the Earth. They no longer wait passively for another huge asteroid to ram into the Earth and destroy most of its life but monitor the upcoming asteroids and developing the systems preventing the upcoming disaster. To achieve their unified purpose, the human beings have to start to think cosmically and to adjust accordingly their social, political, educational, judicial and economic systems.

Genetic Codes of the Artificially-Intelligent Multiverse

Authors: Vladimir Ginzburg
Categories:
This book describes basic principles of the Artificially-Intelligent Multiverse (AIM) theory. Its first goal is to describe genetic codes of 4D spiral spacetimes called toryx and helyx capable of serving as prime elements of the Multiverse. Our Universe belongs to the spacetime level L1 of the Multiverse with its four

Cracking the Code of Life

Authors: Michael Mathiesen
Categories:
Computer code and human code found inside the DNA molecule that is the core of every cell in our bodies are practically identical in what they attempt to accomplish. The only difference between the two types of code is that human code also includes the instructions to replicate the individual 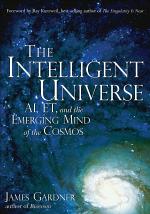 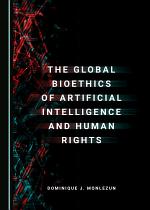 The Global Bioethics of Artificial Intelligence and Human Rights

Authors: Dominique J. Monlezun
Categories: Philosophy
Human annihilation has never been so easy. Artificial intelligence-guided genetic-engineered nanotechnology and robotics (AI-GNR) are widely recognized as our most transformative technological revolution ever, yet we do not even have a common moral language to unite our pluralistic world to prevent an AI apocalypse should this revolution explode out of 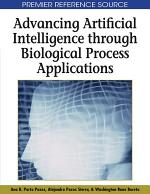 Authors: Porto Pazos, Ana B., Pazos Sierra, Alejandro, Bu¤o Buceta, Washington
Categories: Education
As science continues to advance, researchers are continually gaining new insights into the way living beings behave and function, and into the composition of the smallest molecules. Most of these biological processes have been imitated by many scientific disciplines with the purpose of trying to solve different problems, one of